Alpha Tau to do trials of cancer treatment in Korea

Alpha Tau to do trials of cancer treatment in Korea 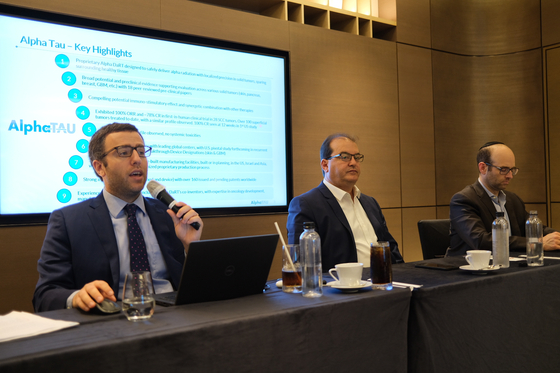 The company, headquartered in Jerusalem and listed on the Nasdaq, said it is in talks with Korean hospitals and university research centers to conduct clinical trials of Alpha DaRT, at a press conference Wednesday. Alpha DaRT is a radiotherapy method that uses alpha radiation to destroy solid tumors.

In Korea, Alpha Tau Medical plans to conduct clinical trials on cancers of the digestive system, such as pancreatic cancer and gastrointestinal cancers. The company is hoping to conduct trials on 30 to 50 patients.

The company said additional funding will not be needed to conduct the trials as it raised $104 million when going public in March.

Alpha Tau hopes to apply for marketing approval for Alpha DaRT in Korea after conducting the trials.

The company is currently testing to see if Alpha DaRT is effective in treating pancreatic cancer in Canada. Clinical trials to see if the treatment is effective in breast, head and neck cancers are ongoing in Japan.