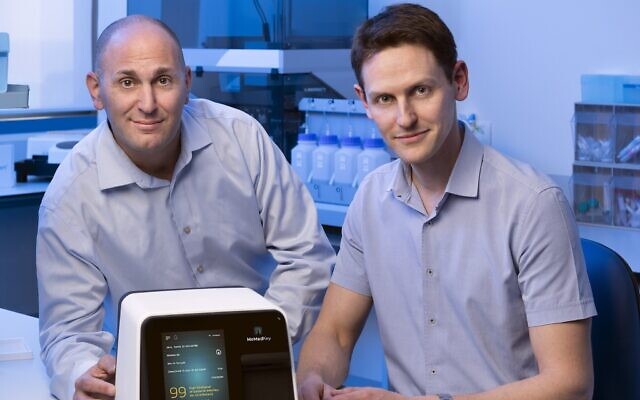 The Israeli company recently received US Food and Drug Administration (FDA) 510(k) clearance for a blood test, MeMed BV, that is able to distinguish between bacterial and viral infections in adults and children.

MeMed also developed a COVID-19 Severity test that the company says can provide an early indication of deterioration and predict further disease progression and recovery. The test received a CE mark last summer and is cleared for use in Europe.

Dr. Eran Eden, co-founder and CEO of MeMed, said the new investment will allow MeMed to expand its operations with a focus on the US, where the company previously worked with the US Department of Defense

Patrick Zhang, an investor at Horizons Ventures, said the company strongly believes “that MeMed’s strategy of using host-immune response technologies is a significant advance in the improvement of two major issues in healthcare today: the rise of antimicrobial resistance due to unnecessary prescription of antibiotics and effectively triaging patients infected with COVID-19.”

“We look forward to playing a role in how MeMed, a category leader in this area, is transforming the way diseases are diagnosed and treated to improve patient healthcare across the globe,” he added.

Distinguishing between bacterial and viral origins in acute infections is a growing challenge for health care providers and may significantly alter the trajectory of patient care, Eden previously explained to The Times of Israel

Failing to recognize the trigger of infection may lead to the inappropriate use of antibiotics, which contributes to the growing global threat posed by antimicrobial resistance (AMR). This occurs when bacteria, viruses, fungi, and parasites adapt over time, making infections more difficult to treat. As a result, proven medicines become ineffective.

The World Health Organization declared AMR as one of the top 10 global public health threats facing humanity in recent years. 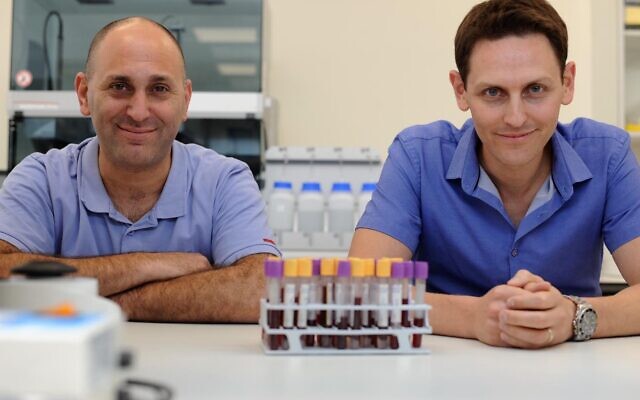 Eden said the FDA clearance for the test was a “breakthrough moment in the field of advanced host-response.”

“So in a clinical scenario, let’s say you go to the doctor with your child who is sick with fever. Often the clinical question is whether they have a bacterial or viral infection, and do you treat it with antibiotics or not. Often bacterial and viral infections can be clinically indistinguishable and there’s a lot of uncertainty, and this uncertainty leads to overuse of antibiotics. And that, in turn, leads to antimicrobial resistance, one of the biggest healthcare challenges of our time,” he explained.

The purpose of the test is “to tell the physician whether the body is waging a war on bacteria or on a virus, and simply whether to treat with antibiotics or not,” added Eden. “Antibiotics, or, practically, chicken soup.”

He emphasized that the MeMed BV test does not “replace clinical judgment” but acts as a critical support tool to help physicians make distinctions between infections: “At the end of the day, this [test] comes together with clinical judgment to make better-informed decisions. It’s an important piece of the puzzle.” 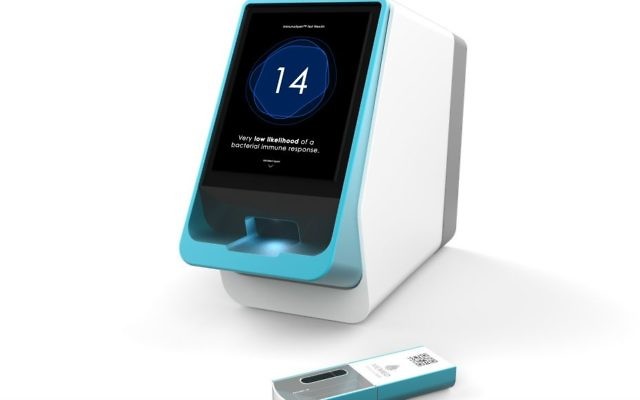 MeMed’s analyzer is a ‘point of need’ testing device to find out quickly whether an infection is viral or bacterial. (Courtesy: MeMed)

The FDA clearance was based on a multi-center blinded clinical validation study enrolling over 1,000 children and adults. The test provides accurate results with Area Under the Curve (AUC, an indication that provides information on the extent of exposure to a drug and its clearance rate from the body) of 90 percent and 97% (primary and secondary endpoints), MeMed said.

The idea behind MeMed was first conceived over a decade ago by Eden and Dr. Kfir Oved, both of whom studied at the Technion – Institute of Technology and had completed academic work together, exploring complex behaviors of the immune systems.

“One of the things we immediately thought about was why not take advantage of the immune response of the patient to differentiate between bacterial and viral diseases that may be present. And by doing so, be able to basically eliminate one of the most significant drivers of antibiotics overuse, which is viral infections that are misdiagnosed,” Oved told The Times of Israel in September.

“This is probably the responsible entity of about 80 percent of the overuse of antibiotics.”

Once the problem was outlined, MeMed was founded in 2009. Over the past 12 years, it developed a wide IP portfolio on applications related to the immune response to infectious disease. The company has offices in Haifa and Boston.