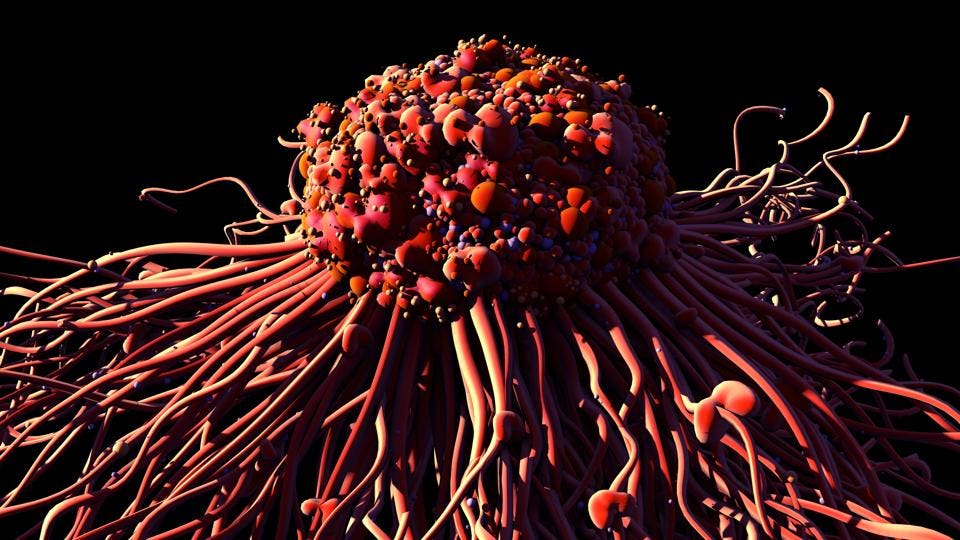 The company hopes to get approval from the European Commission by next year for the therapy.

Early results from an ongoing clinical trial on 27 patients with squamous cell carcinoma (SCC) tumors at the Rabin Medical Center in Israel and the IRST (Istituto Scientifico Romagnolo per lo Studio e la Cura dei Tumori) in Italy showed a reduction in all tumor sizes and more than 70 percent of the tumors completely disappearing within a few weeks after treatment, NoCamels reported.

The therapy has already been tested on more than 6,000 animals and has been found “to be effective and safe for various indications, including tumors considered to be resistant to standard radiotherapy.” according to the breakthrough innovation news site NoCamels.

Alpha Tau Medical was founded in 2016 to focus on research and development as well as commercialization of its Alpha DaRT cancer treatment. The therapy was initially developed in 2003 by Professors Itzhak Kelson and Yona Keisari at Tel Aviv University.

Head and neck cancers account for about 4% of all cancers in the United States, are more than twice as common among men as they are among women, and are more often diagnosed among people over age 50.

The Alpha DaRT treatment can be applied under local anesthesia in a short single session and can be combined with chemotherapy and immunotherapy to increase effectiveness, according to Alpha Tau Medical. The company reports Alpha DaRT can even trigger anti-tumor immunity for the elimination of distant metastases, NoCamels reported.

Clinical trials for Alpha DaRT will be conducted at the Sapienza University of Rome, which is initiating Alpha Tau’s clinical trial protocol for squamous cell carcinomas of the skin and oral cavity, and the IFO (Istituti Fisioterapici Ospitalieri), which is conducting its first study of Alpha DaRT for the treatment of cutaneous and mucosal malignant neoplasia (CMN).

Alpha Tau is also collaborating with key cancer physicians worldwide to investigate the Alpha DaRT as a treatment for other cancers, including pancreatic, breast and prostate, NoCamels reported.

Alpha Tau Medical raised $29 million in September in a private financing round led by Shavit Capital, an investment firm that specializes in late-stage investments in Israeli and Israeli-related companies. Founded in 2008, Shavit Capital has over $400 million under management across five separate private equity funds. The Funds invest in Israeli companies with proven technologies, products, markets and strong management teams. Alpha Tau Medical’s private financing round was done with participation from the leading global equity crowdfunding platform OurCrowd, and Medison Ventures, the venture capital arm of Medison Pharma, NoCamels reported. Sir Ronald Cohen and Alan Patricof, the founders of Apax Partners, are also investors.

Robin Seaton Jefferson lives just outside of St. Louis with her husband of 25 years and two daughters. Find her on Twitter and Facebook @SeatonJefferson or contact her at rsjreporter@charter.net.